Ghana Pentecostals Come to the Defense of Accused Witches

An old woman was killed when she refused to confess to causing irregular rain. Christians had to speak up. 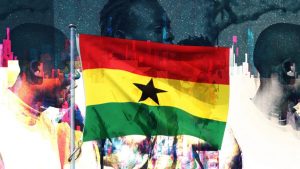 Pentecostals everywhere sing about the power of Jesus’ name. But in Ghana, they sing specifically that his name is powerful against witches.

More than 90 percent of Ghanaian Christians believe witchcraft is a problem in the country, and more than half have visited a Pentecostal prayer camp to ask for deliverance from witches and demons, according to a study by Opoku Onyinah, theologian and past president of the Ghana Pentecostal and Charismatic Council (GPCC). The Spirit-empowered churches in the West African country don’t take the issue of witches lightly.

But this summer, the GPCC decided to speak up for the women who are accused of witchcraft. The Pentecostal group, an umbrella organization of 200 denominations and parachurches, called for new laws and a national conversation about how to better take care of the more than 2,000 widows who have been exiled over allegations of working with demons.

The churches decided to make a statement after an elderly Muslim woman in a rural village was beaten to death when she refused to confess to witchcraft. Akua Denteh was accused of causing irregular rain, starting fires, and killing children with supernatural powers. A video of her violent death—as a crowd stood watching—was shared widely around the country, and Christian leaders decided they could no longer be silent.

“The elderly, weak and vulnerable must be targeted for the care and protection of our society,” the GPCC statement said. “We must, at all cost, seek justice for this 90-year-old woman and all those who have suffered such atrocities in the past.”

Onyinah, speaking on a popular radio program, called for laws controlling witch hunts and witch identifications. He added a specific …