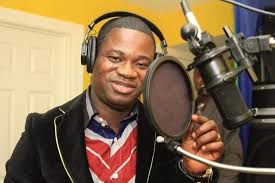 Popular Ghanaian gospel musician, Great Ampong in the wake of Kennedy Agyapong’s expose of fake pastors in Ghana has solidly thrown his weight behind the honourable member and has vowed to join him to further expose more.

Ampong airing his view on the recent expose by the loudmouth politician said God is using him(Kennedy Agyapong) as Nebuchadnezzar of our time to punish fake pastors in the country.

Explaining his point in an interview with Fiifi Pratt on Kingdom FM, the gospel singer said, Hon. Kennedy Agyapong can be likened to King Nebuchadnezzar in the bible stating that though he worshipped idols, God used him to punish his people when they went wayward.

According to him, Nebuchadnezzar was the right-hand man of God though in the sight of men he was not worthy to have a stand before God.

Adding that what Kennedy Agyapong has solely taken upon himself is a good thing and will be fortified by God to do more and even go deeper than what he’s already done.

Again in his interview, Ampong indicated that some Christians have idolized their men of God to the extent that they will do the unthinkable all in the name of seeking for a miracle.

He also revealed that as a result of some pastor’s attitudes towards God’s work, He has brought upon His people the persistent COVID-19 to bring equality among men.